We fight gargoyles for 45 minutes. That’s all this episode is. However, it does showcase the lovely abuse potential of the heallock build.

I’m not the expert on the build; so I’ll just talk about what it does and, generally, how. 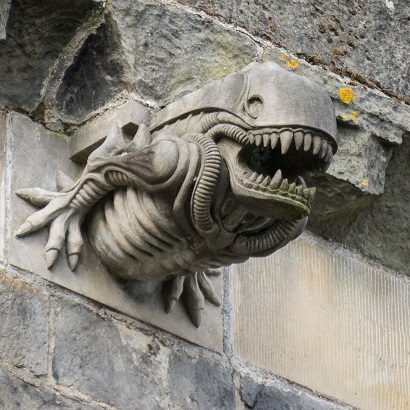 Tim is playing Gallidon, a half-elf, level 4 at the moment, evenly split between cleric and warlock. Not sure about domain or pact.

Here’s the point, though:

In the episode you can see this at work. There happens to be, at this point in the module, little threat of wandering monsters, which means short rests are readily available.
After the first fight with the gargoyles, the party retreats and rests and can heal up without expending any HD. After the second fight, the same.
A bit situational, but pretty powerful, and that’s just one feature of the build. There may be others, but I don’t delve too deeply into that part of the game.